If You Can’t Test, Then You Can’t Manage, Says Waikato Soil Scientist 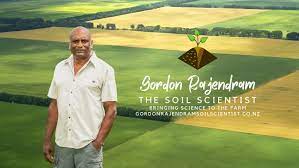 Slow-release products or “suspension fertiliser technology” is the future for pasture growth in New Zealand, according to soil scientist Dr Gordon Rajendram.

“The cheapest way to reduce P [phosphate] is to change your product from a highly soluble one to a less soluble one,” he says in disclosing five factors that drive pasture growth.

Five years ago, at a soil seminar, Dr Rajendram says an elderly farmer had revealed to him the suspension method’s ability to apply 16 nutrients in one application. This technology ticks many boxes not only for pasture growth, but environmentally.

3/. The pH (acidity) level and 13 key elements are required for plant growth.

4/. Soil that isn’t porous robs roots and microbes of air.

When testing the soil, he says it’s imperative to avoid dung and urine hotspot patches that can skew readings because of high nutrient levels. Animals excrete 66% of what they eat.

In a pasture of rye grass and clover, the former contributing to 19% of the protein in pasture and the latter 34%, as clover is a nitrogen fixer.

“So, that means the more clover you grow, the more [nitrogen] you’re fixing for free,” he explains.

Farmers must strike an “optimum” level to avoid low productivity but also not “overcook” to incur leaching costs.

“In Waikato, you become a bit of a slave to phosphate but, in Canterbury, you have more potential to lose it,” Dr Rajendram reveals. “It’s hard-earned money you don’t want to lose.”

April-to-October rain and drainage dictate the extent of leaching. Any nitrogen that plants fail to absorb drops incrementally by approximately a metre each year until it reaches aquifers and streams.

However, minute amounts of phosphate via runoff or leaching aren’t an economic issue, but an environmental one.